Here is a good take on RMS

12
Crossposted by
u/aleksfadini
3 days ago

Here is a good take on RMS

A reflection on the departure of RMS

medium.com/@thoma...
180 points
391 comments
15 comments
58% Upvoted
What are your thoughts? Log in or Sign uplog insign up
Sort by
level 1
TotesMessenger
-4 points · 3 days ago

I'm a bot, bleep, bloop. Someone has linked to this thread from another place on reddit:

"it’s not the most important problem."

The thing that's the problem and has been proven false, is not the problem. The real problem is right behind those goalposts.

"He has had plenty of opportunities to learn how to stfu when that’s necessary."

Like when people told him he was crazy with giving the source of his programs away. He didnt' "stfu" when people told him his ideas are bad for business and unachievable. The very point of his existence is not shutting up when other people tell him, because he's right! It's just about his only value, and the only thing none of the other luminaries seem to hold dear.

"While it is true we should not treat Minsky unfairly, it was not — and is not — a pressing concern"

Thank god there's someone else telling rms what his pressing concerns should be. If only someone had managed to do that earlier, we could all have skipped all this crazy mumbling about privacy and proprietary software. How could these things possibly ever backfire and put cuffs on society?

"RMS signaled clearly that it was much more important to him than the question of the institution’s patterns of problematic coddling of bad behavior."

rms speaking up on what he perceives as an injustice he can correct? You don't say. Oh, he should have piped down because it interfered with a larger wealthier organization's plans to cover up their own cockup?

Yes, people's visceral and sharp reactions are well known for their logic and sensibility.

"I thought he was trying to be charming and witty"

but fortunately it was explained to me he was trying to be weird and alienating.

"It does not matter if they are appropriate responses to a single email thread, because they are the right thing in the total situation."

Well, as long as it was "the right thing" and "it does not matter". Wouldn't want to do the wrong thing that mattered.

This is all his doing; nobody does it to him.

Except for the newspapers, and the angry mobs, and the people who "worked for RMS longer than any other programmer."

"He has had plenty of people who have tried to help him, and he does not want help."

With all the backstabbing going on, I wonder why... Maybe, you know, Stallman was right...again.

Seen the twitter hate machine on the matter? I think I'll go for the odd digression on the legalities and moral implications of necrofilia or the intricacies of rhinocytophilia. It might be comical or abhorring, but at least it's not toxic.

Yeah, more unspecific accusations, moving the goalpost, trying to thread in links to broader issues that aren't relevant to the matter at hand.

"He has had plenty of people who have tried to help him, and he does not want help."

Jesus, fuck off you wet-nurse authoritarians.

edit: PS - I'm not clicking that piece of shit.

For context, the writer is Thomas Bushnell, currently works on Debian and was founder and principal architect of GNU Hurd, working alongside Stallman. RMS dismissed him in 2003 from GNU Hurd.

Thomas Bushnell, BSG, formerly known as Michael Bushnell (born December 13, 1967), is a software developer and Gregorian friar.[1][2] He was the founder[3] and principal architect of GNU's official kernel project, GNU Hurd.[4] Bushnell was also Hurd's official maintainer from its instigation until November 2003, when he posted to the GNU project's discussion mailing list saying that he had been dismissed by Richard Stallman for criticizing the GNU Free Documentation License.[5] Stallman said the dismissal was because Bushnell had been inactive since 2001 and wasn't responding to mail.[6] Bushnell currently maintains Debian packages[7][8] and is employed by Google LLC.[9] He is a member of Saint Mark's Episcopal Church in Glendale, CA.

is employed by Google LLC.

RMS treated the problem as being “let’s make sure we don’t criticize Minsky unfairly”, when the problem was actually, “how can we come to terms with a history of MIT’s institutional neglect of its responsibilities toward women and its apparent complicity with Epstein’s crimes”.

Given what's just happened to RMS, the problem is demonstrably the former.

His intentions do not matter nearly as much as his actions and their predictable effects.

That's disgustingly disingenuous when you're also claiming that he has actual belief in terrible things.

I feel very sad for him. He’s a tragic figure. He is one of the most brilliant people I’ve met, who I have always thought desperately craved friendship and camaraderie, and seems to have less and less of it all the time. This is all his doing; nobody does it to him.

How the fuck do you describe someone's social isolation and attempts to break out of it and in the same breath say it's entirely their fault they don't quite get social interaction?

If 'Free Software community' consists mostly of people like this Bushnell creature, then there is no hope. 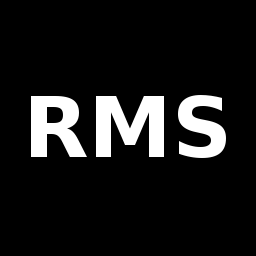